Dublin Airport is the only major European airport not serviced by train services. In the absence of rail services, bus routes connect the airport with the major train stations in Dublin City Centre, namely Connolly Station & Heuston Station.

The 747 Route departs from Dublin Airport Terminal 1 and Terminal 2, and connects the airport with a number of popular tourist destinations in Dublin. These include Connolly Station & Heuston Station as well as stops at the Luas Red Line and Busárus (the central bus station).

Heuston Station operates routes to the West & South of Ireland with Galway, Limerick, Waterford and Cork being the largest destinations. 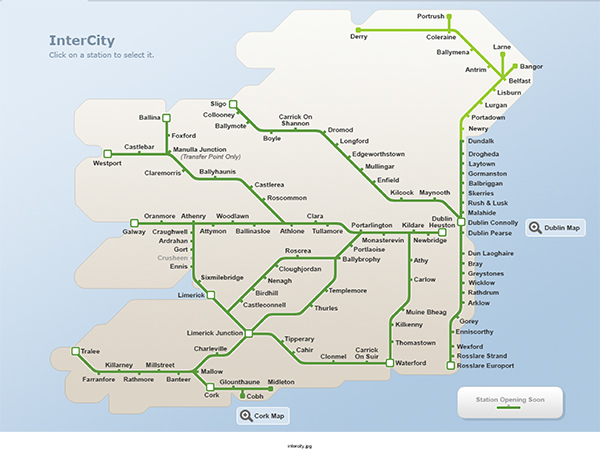